KeyBank’s Maine President Sterling Koslowski passed away on Saturday, June 9. He was 59. Our thoughts go out to Sterling’s family as well as his co-workers at KeyBank. Sterling was KeyBank’s New England Regional Sales Executive and Maine Market President, a title he held for the past six years. He had served on the Maine Banker’s Executive Committee from 2012 through 2015 and had been on the MBA Board of Directors since he arrived in Maine in February 2010. 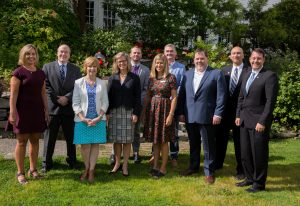 On August 25, the new Committee Chairs for the 2017-2018 term, MBA Chair Andrew Silsby and MBA Vice Chair Pat Weigel assembled at the Haraseeket Inn in Freeport for the annual meeting of MBA’s Committee Leadership Council, discussing committee goals and plans for the coming year. The newly-appointed Committee Chairs are:

Mr. Silsby was named President & CEO of Kennebec Savings Bank in 2014. He serves as 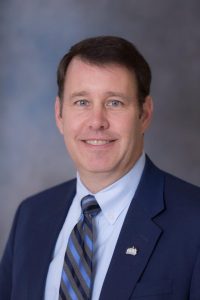 a director on a number of local and regional boards, including the Travis Mills Foundation, the Kennebec Valley Chamber of Commerce, the Augusta Board of Trade and Augusta First. He is a past president of the Chamber, Lithgow Public Library and Kennebec Valley United Way boards.  Mr. Silsby also serves on the Board of Visitors of University of Maine at Augusta.

He received a B.S. in Business Administration from the University of Maine at Orono, and also attended the American Community Bankers National School of Banking.