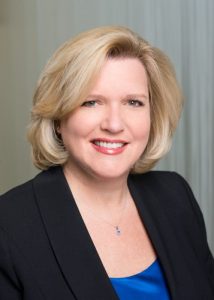 With its announcement today of the hiring of a single president and CEO, the board of directors of the mutual holding company Maine Community Bancorp advanced its goal of strengthening the alliance of its two independent holdings, Biddeford Savings Bank and Mechanics Savings Bank.

By hiring Jeanne Hulit as its president and CEO, the board is underscoring Maine Community Bancorp’s commitment to community banking, local economies, small business, and customer service.

Hulit brings nearly two decades of banking experience as well as experience leading a Maine-based manufacturer and several years in public service at the state and federal levels.

“Jeanne Hulit’s decades of experience in banking alone would make her an excellent candidate to lead this organization,” said Jon S. Oxman, Chair of the Maine Community Bancorp board of directors. “But what really makes her stand out is her leadership skill. In banking, in public service, in community service—her knowledge, skill, and leadership, often in the face of great change, make her the perfect person to strengthen this alliance of community banks. Jeanne has the expertise to assess situations, make sound decisions, and execute with successful results.”

Hulit comes to Maine Community Bancorp from serving as President of Village Candle in Wells, Maine, where she helped expand the company’s international market and improved cost effectiveness by taking advantage of the proximity of the Port of Portland and resident shipping company Eimskip.

Prior to that, over the course of her nearly 20 years in banking in Maine Hulit has served as President of Community Banking for Northeast Bank, Senior Vice President for Commercial Lending at Citizens Bank, and Vice President of Key Bank.

Earlier public service included her appointment as Deputy Director of the International Division at the Maine Department of Economic and Community Development.

“An unfailing belief in the strength of Maine citizens, workers, entrepreneurs, and small businesses to create the kinds of communities where we all want to live, work and raise families, fuels my passion for the community banking model,” said Hulit, “and the commitment of Maine Community Bancorp to its communities and to its continued independence is gratifying. I’m eager to be a part of its future.”

Biddeford Savings Bank CEO Charles Petersen and Mechanic Savings Bank CEO Rick Vail, both of whom helped guide their respective banks through the visionary creation of Maine Community Bancorp, will retire in October soon after Hulit assumes the position of President and CEO.

“The wisdom and expertise that Charles and Rick have brought to bear in the creation of Maine Community Bancorp, as well as in maintaining the independent identities of the two banks is truly admirable,” added Hulit. “They’ve laid a solid foundation upon which we can all continue to build.”

Chartered in 1867, Biddeford Savings Bank has offices in Biddeford, Waterboro, Scarborough, and Kennebunk. Its long-standing tradition of giving back to the community has supported myriad local enterprises including the Scarborough Land Trust, the Annual Feast of Generations, Adopt-A-Family, the Community Bicycle Center, Music on Main Street, and Concerts in the Park.

In 2015, the two banks entered into an agreement to form Maine Community Bancorp, an alignment that positioned each bank to build upon their strengths and competitive advantages by sharing resources, significantly increasing their loan capabilities, and cost efficiencies.

The hiring of a single president and CEO marks the beginning of a new period of growth and opportunity that strengthens the company’s commitment to community banking.